I recently had the opportunity to read as part of the issue five launch of Dreamland, a start-up magazine edited by Jeremy Stewart and published out of my hometown, Prince George. I was delighted to be able to participate!

Jeremy started us off by reading from his forthcoming work and a selection from his new chapbook, Normal Poems. I read my two poems from Dreamland, “Poem Featuring a 1994 Toyota Tacoma” and “Another Poem Featuring a 1994 Toyota Tacoma,” and then a few other poems, including “Lavinia.” “Lavinia” is still up on the Arc Poetry website as one of 24 poems on the 2015 Poem of the Year shortlist , and you have until March 30 to vote for the Readers’ Choice Award! Don’t forget to vote!

My performance was followed by the impressive and captivating Andrew Burton, and then followed by the wonderfully sincere and intelligent Josh Massey. Josh read, among other work, his love poem from the issue. The poem includes mushroom-picking in it, and is simply lovely. (Josh has his own post about the issue launch, with even more photos! You can you can go read it over here.)

I had a great time at the Dreamland launch and felt incredibly lucky to feel so included in the northwest literary community. I am excited to live in Vancouver and its thriving arts world, but I remain proud of my Prince George roots and very grateful to have had the support of my family and my community. I am so happy I had the opportunity to perform in my hometown! Thanks for coming out to hear me read my poems, Prince George!

And if you haven’t already done so, please click here to read the shortlist and vote for the Arc Poetry 2015 Readers’ Choice Award!

I’m excited to announce that I have work forthcoming in Arc Poetry Magazine! Look for “Sorrow Halved: Parts I & II” in issue 77 this summer. Arc is one of the best and most-respected lit journals out there, and I am absolutely over the moon to have work published by them!

Also keep an eye out for new fiction! I have two short stories coming out this spring: “Daily Bread” with Synaesthesia Magazine and “Colossal” with Vending Machine Press.

It’s an astonishing early spring here in Vancouver. My crocuses and tulips are poking out, my hydrangeas have new green, and my daffodils have already bloomed! I am particularly delighted that it looks as though my young blueberry bushes will bear fruit this year. 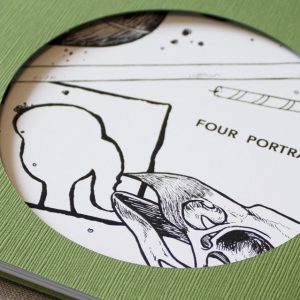